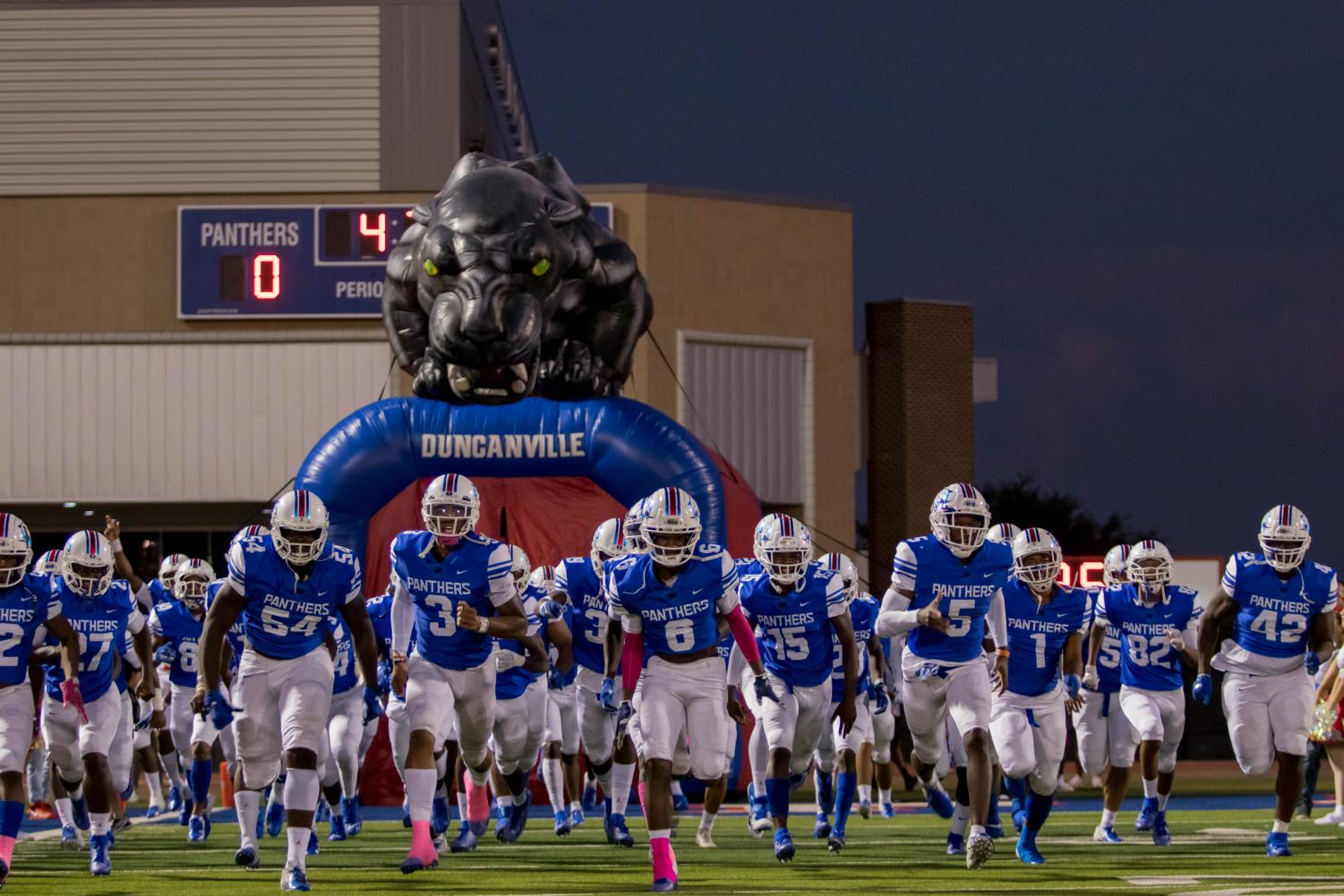 Duncanville Continues to Roll after 48-0 Victory Against W.T. White

Addison-Duncanville started strong in beginning, and would carry that momentum throughout the entirety of the game against W.T. White. Capitalizing off the early mistakes made by W.T. White resulting in a first drive punt, Ja’Quinden Jackson would go off for the Panther’s offense, delivering multiple passes to  Roderick Daniels and Zeriah Beason which would lead to a 2 yard touchdown run by Jackson to cap off the drive. 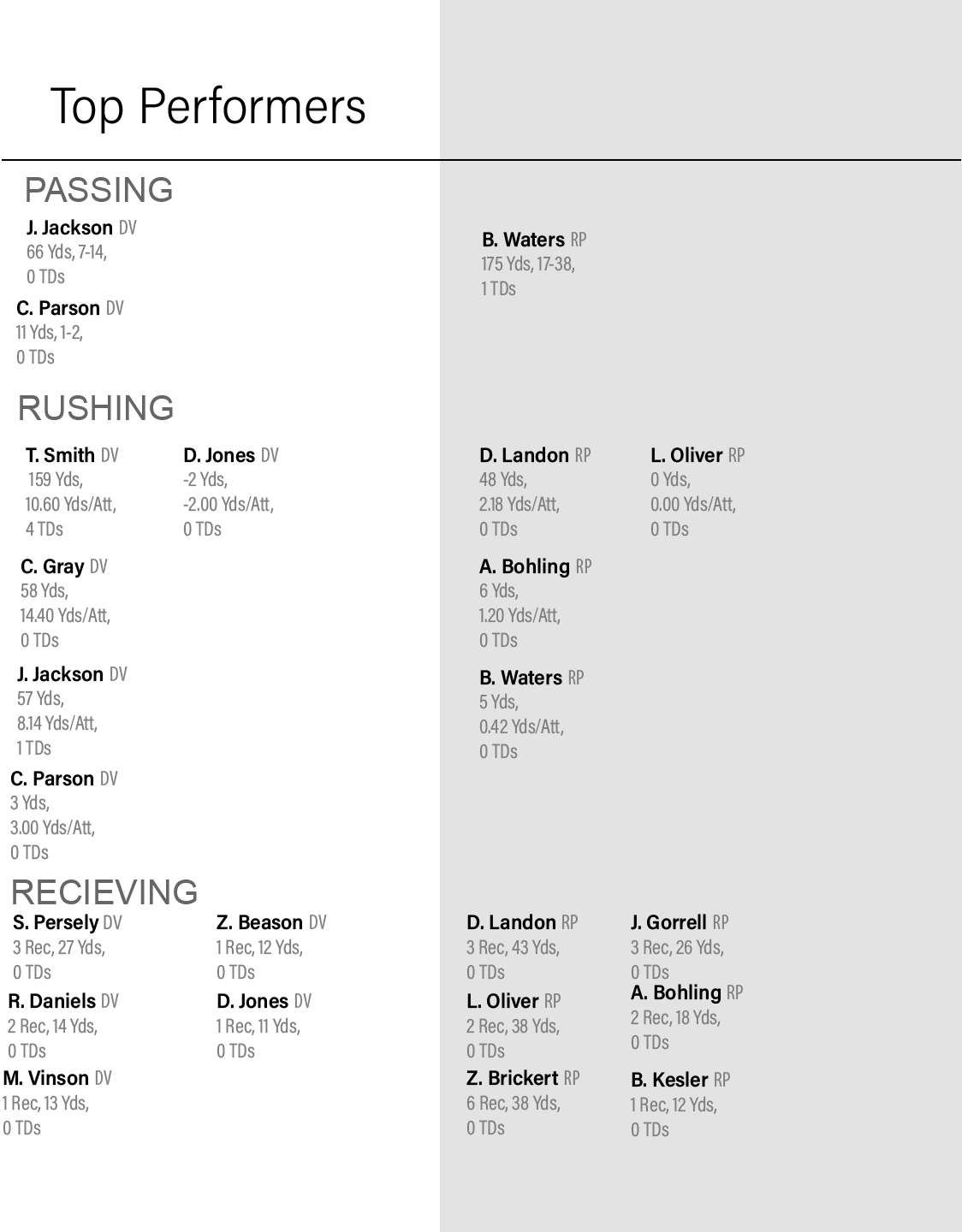 W.T. White would fail to capitalize on their next drive, struggling to progress in yards against the Panther’s defense, resulting in a blocked punt leading to a safety for Duncanville.

White continued to struggle to find any source of momentum to kick-start a drive against Duncanville in the second half, as all their running attempts by Elijah Edwards would result in 75 rushing yards on 16 attempts.

Come out this Friday @ 7:30pm to see our Panthers take on Richardson at Panther Stadium.