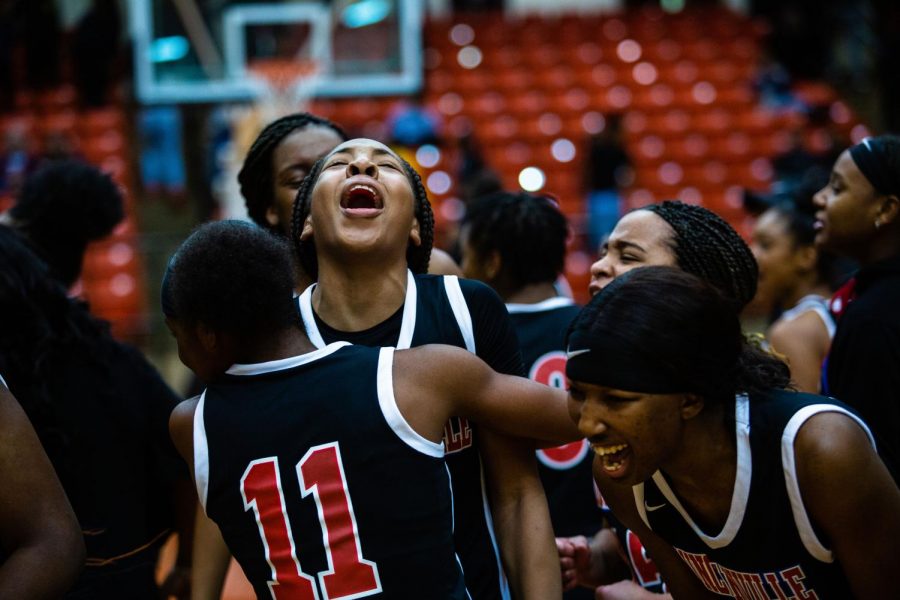 The Pantherettes celebrate after their big win against Desoto in Round 3.

Fort Worth, TX- On Tuesday the #1 ranked Pantherettes defeated the #2 ranked Desoto Eagles 47-43. It was a power packed third round matchup between two of the top teams in the nation at Wilkerson Greines in Fort Worth, TX. The matchup was the third meeting between the two teams who split the previous meetings 1-1. For both teams this was considered the biggest road block to state. Duncanville trailed by 4 at the half, 28-24, but used a stifling defense in the fourth while holding Desoto to only 5 points. We caught up with Coach Howard to get the details of the big win.

This was a state caliber game. My opponent was in the state finals last year. Their team’s experience of the atmosphere was a definite advantage for them, so I thought.

The game was physical from the start. Do you feel your team responded how you wanted them to early? What was the biggest difference in the second half?

Composure. My girls never wavered from the plan.

When Zaria Rufus tip a rebound from the offensive feet throw that gave Deja Kelly an opportunity to get fouled and we took the lead in the fourth quarter, I knew there was no turning back.

Who where the standout players and why?
EVERYONE – a stat that I don’t think anyone noticed, EVERY player that played for our team contributed.

Coming up you still have to face a strong field. Is this the strongest field you have ever seen in a region?

Absolutely. There is no stronger Region than Region 1.

Tell us about your next opponent.

Arlington Martin is a scrappy hard working group of girls. It’s always tough to play this kind of competition. You never know which weapon they may use.

The Pantherettes advance to face Arlington Martin Friday at Wilkerson Greines in Fort Worth. 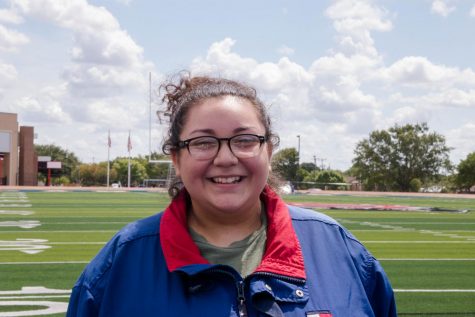