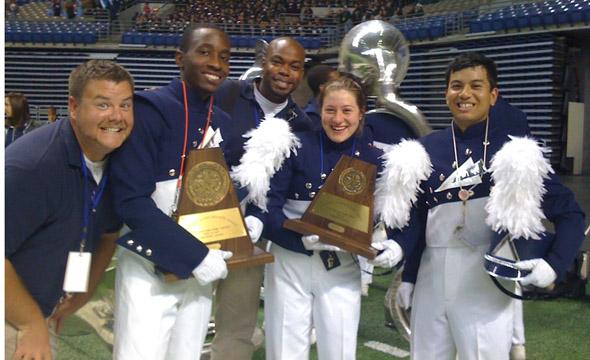 After hours of waiting and two performances, the band is finally back in town representing one of the top three bands in the state.  The band and high hats finished third at the State Marching Contest yesterday.  The band earned a bronze Medal for their efforts at the contest.  The band is the only band to advance to the State Finals every year since 1988, always finishing in the top ten every year.