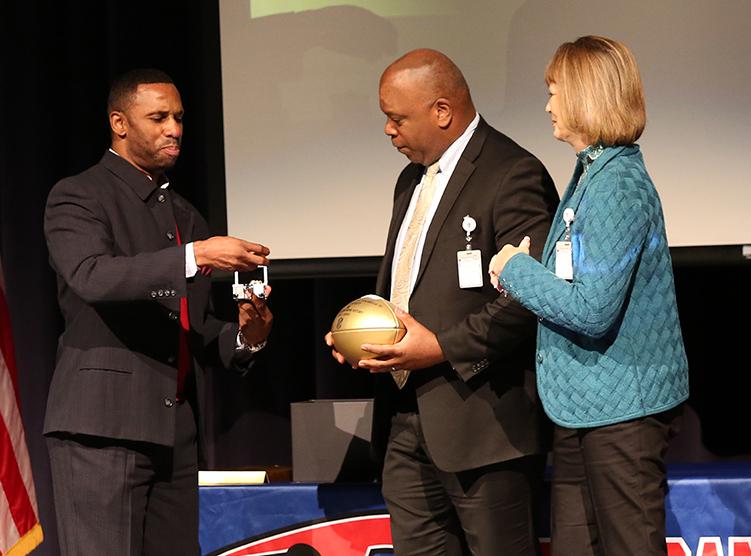 By Kennedy Stidham, Editor in Chief

The NFL has a program where players who appeared in a Superbowl return to their high school and present a golden wilson football to their school. Recently Ray Crockett who played in two Superbowls as a cornerback with the Denver Broncos returned to Duncanville High School to present current principal Carlos Meekins with a golden football for their contributions to him as a player in high school.

This part of its “On the Fifty” campaign to celebrate the 50th anniversary of the Super Bowl, the NFL is presenting commemorative gold footballs to the high school of every player and head coach who has appeared in a Super Bowl, according to NFL.com.

The presentation will occur sometime during the 2015 season and the NFL hopes to make it an annual tradition.