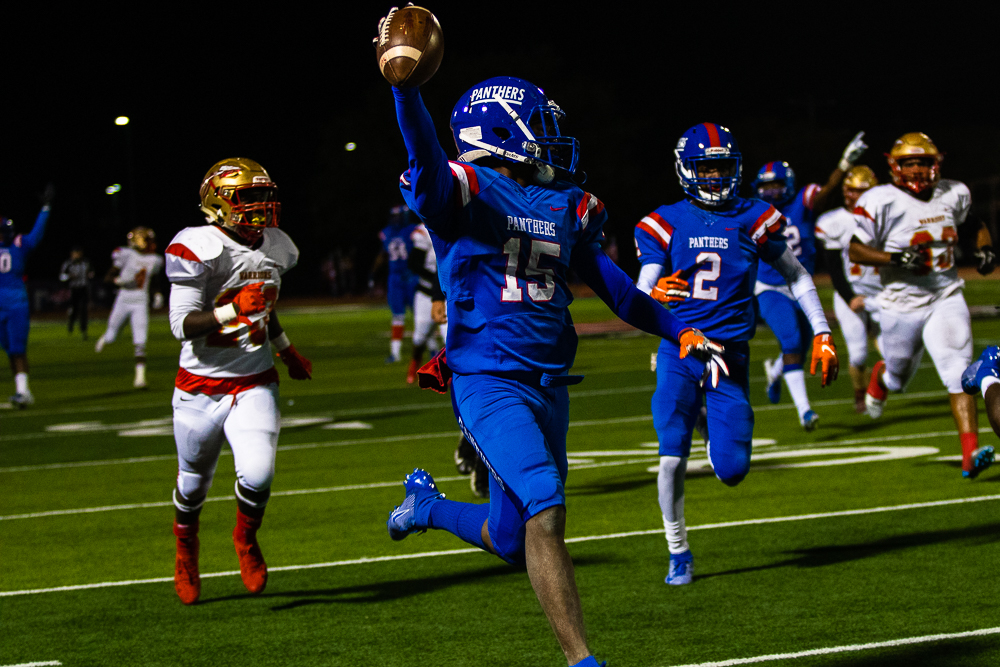 Duncanville put together a statement game against South Grand Prairie on Friday night.

Before the stadium crowd could get settled in, Duncanville was on the on fire and had an unstoppable momentum, scoring touchdowns on its first five drives and cruised to a 45-14 Class 6A Region I Division I playoff victory.

“We wanted to execute and we did,” Duncanville coach Reginald Samples said. “I thought we played a good half of football.” 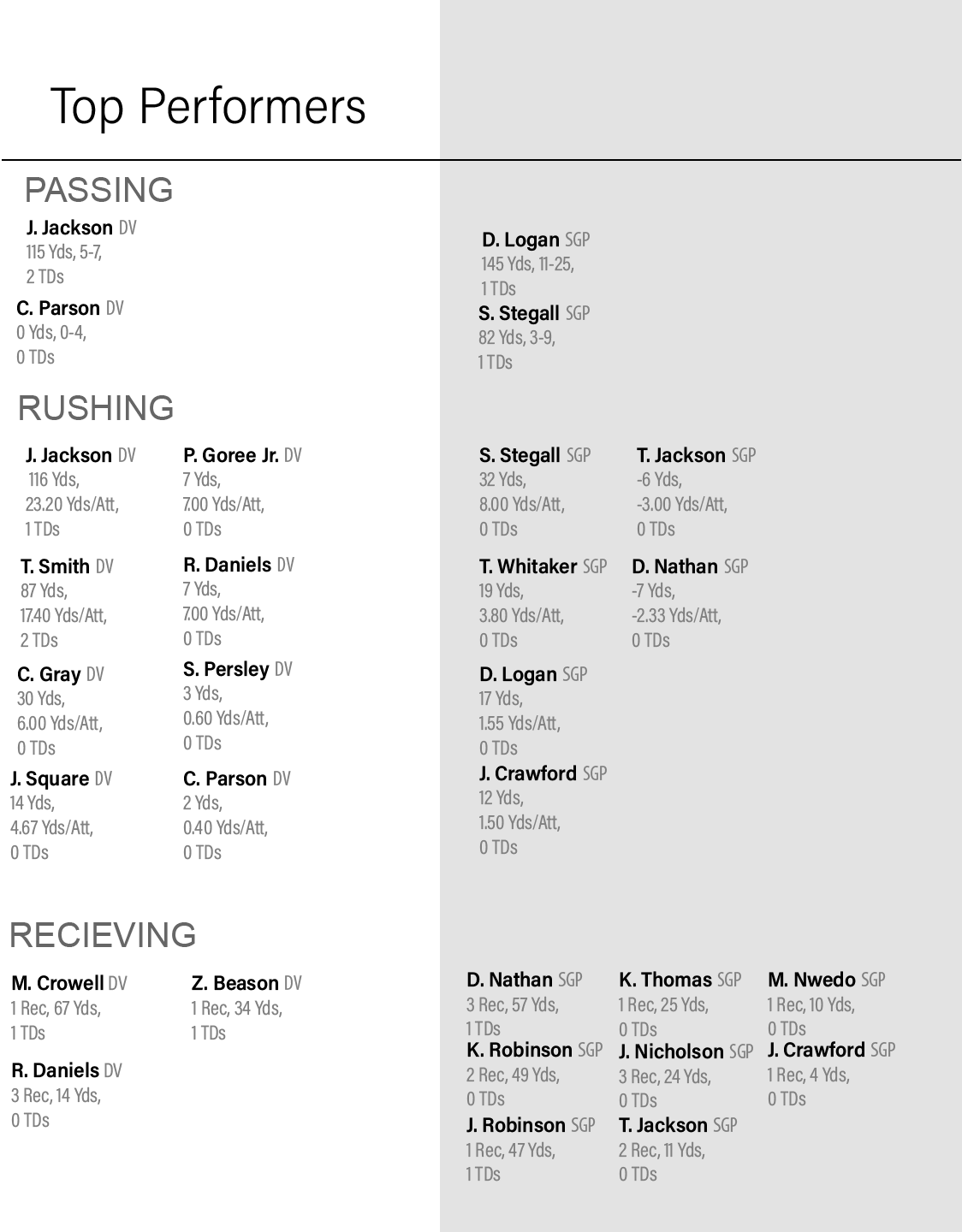 And that’s true. Duncanville scored all of its points in the first half, and it didn’t take long to establish that this was Duncanville’s game to lose.

Twelve seconds in and on the game’s first play, Duncanville quarterback Ja’Quinden Jackson sprinted 75 yards up the middle of South Grand Prairie’s defense for the first score.

On Duncanville’s next drive, running back Trysten Smith finds a seam on second down and raced 87 yards for another touchdown. Smith scored again on a 1-yard run moments after Duncanville recovered a fumble off a botched punt attempt for the third score.

Duncanville (11-0) advances to the second round to face Flower Mound next week.