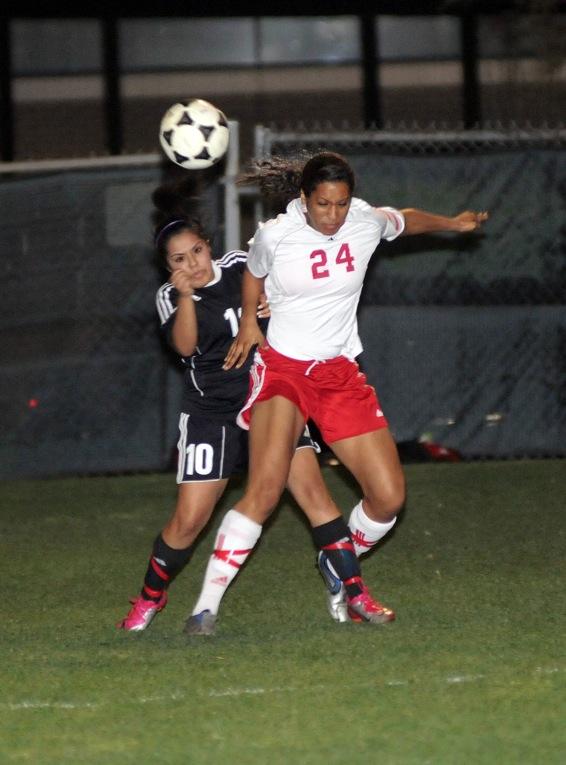 The girls varsity soccer team was young this year and will build on the structure that is in place looking to improve next year. (Chase Apperson photo)

The Lady Panthers were relatively young this season, with only a handful of seniors. But still many of their juniors and even sophomores had already been at the varsity level for at least a season. Like their male counterparts, its a surprise the girls didn’t make it into post-season play.

One of the big things that the team struggled with was coming back after an opposing goal. It seemed to really hurt the confidence of the team, even if it was still early in the game. Once the ball went in their net, it was almost a guarantee that they would lose or tie. Much of this was due to the fact that they lacked players in the forward position who could score.

“We couldn’t score and that was the main problem,” defender Vanessa Martinez said, “We’re excited about next year because we get our forward back, Veronica Miranda, she was hurt and she was our top scorer last year.”

The girls finished in the middle of their district group though their accustomed to holding one of the top three spots, it didn’t help that towards the end of the season they became pampered with injuries. Coach Hash plans to work harder to make sure they improve next season.

“We have made a commitment as at team to work harder during the summer, preseason, and season,” Hash said.

The good thing is that this team will consists of mostly the same players. The team chemistry should be very high and make it a bit easier for Hash to work with the girls. The new district did prove to be difficult, but their will be few excuses for the lady panthers to not perform well next season.

The talent is definitely there, but the girls need to have the will, the drive to want to perform better. This was something that seemed to lack in the team. If the team can hold through with their commitments to want to excel, then we should see that elite team of girls reappear soon.