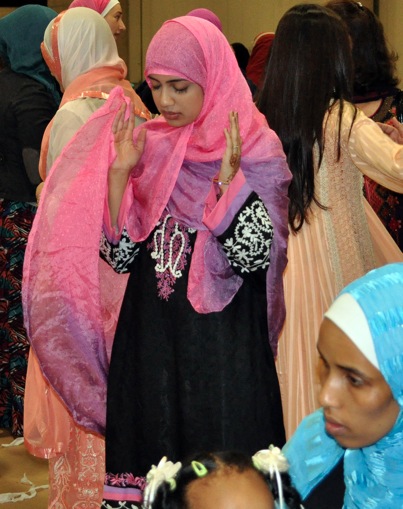 Sept. 11, 2001 seemed like a normal day. My Kindergarten class was sitting in a circle around my teacher, who was reading a book to us as we listened and chuckled every once in a while when she said something funny. It was a typical day all of us. We ate snacks together that morning like every other day of school. But the atmosphere quickly changes as someone came in and told my teacher something.

She froze like an ice sculpture. As five- year old  kids we were very confused. Then she went to the computer and started looking something up on the internet. She gasped every now and then as she stared at the computer.  The principal came over the loud speaker and made an announcement to the entire Elementary school. Before we knew it, we were all heading to the gym to watch something on T.V.
All I remember seeing was two big towers falling and smoke all over.  Later I learned these were the Twin Towers. People were screaming and crying in the video and I did not know why, but it made me cry too.

Questions began racing through my young mind. Why did they look like they were in pain? Why were my teachers sobbing. Why were others on the phone making calls. What in the world was happening?

Teachers weren’t allowed to do what they were doing at that moment! It was against the rules! Yet no one spoke because all of us  were too busy feeling sympathetic towards the teachers even though we didn’t even know what was wrong.
The day went on for what seemed like forever since we didn’t do any work and the teachers tried explaining to us what was happening on that memorable day.

I didn’t really understand fully what had happened. All I know was   the Twin Towers in New York  were hit by planes and that thousands of innocent people died. But I remember asking myself the question what was the big deal? Plane crashes happened all the time and people died daily.

So why was everybody acting so different? I wasn’t sure what had happened back then as a five-year old girl, but little did I know  September 11th, 2001 would go down in history. I had no idea that our country was under INVSION.

When I got home, my parents seemed tense. I remember asking them about the events of the day and why so many people were crying. I told them about what I saw on the news at school. They simply explained to me that many people died and that something bad had happened in New York. I do remember coming home from school that same week and seeing my uncle, who was living in New York at the time, sitting on our couch in our house in Dallas, Texas.

The next couple of days were very weird. Everyone was talking bad about Muslims on T.V. and about “terrorism” and the “World Trade Center.” It was as if the whole world stopped revolving around the sun and was now wrapped up with this new talk about the planes crashing into the Twin Towers.  I was mad when I heard someone on CNN talking bad about Islam and saying that we were killers. I was raised in a Muslim household all my life! Nobody had a problem with my religion until Sept. 11, 2001.  It seemed as if all of a sudden, all  Muslims were bad or something.
It was a strange concept for me to think that people were saying something mean about what someone else believed in. It didn’t seem right to me at such a young age.  As I got older, I made it a point to learn more about 9-11 and why people said what they said. During the process I  learned about jihad and terrorism.

People ask me all the time, “Oh, so how did you feel about 9-11 as a Muslim living in America?” I just simply tell them that like any other American, I am very sad that so many innocent people died that day.  I too will always remember this day in history forever. I also try to explain that just because the terrorists were the same religion as me, doesn’t mean that I’m going to side with them.

Yes, I believe in Islam and will for the rest of my life, but that does not mean that what they did that day was right. This would be like saying a murderer who kills people is okay just because they are the same “religion as me.” It doesn’t make sense. No matter what the religion, if someone does something wrong, it’s wrong and people shouldn’t just place others into a certain group and stereotype them. Everyone should understand that every single person in a group group or religion is not the same and believes in the same things.

People make stereotypes all the time and I hope one day, our society will realize that all  Muslims are not the same!

Rest In Peace to all 2,819 innocent souls that died on 9-11. It only took twelve seconds for the Twin Towers to fall. But the actions that a group of people did, made MY religion look bad, and now we have to live with that discrimination for the rest of our lives.