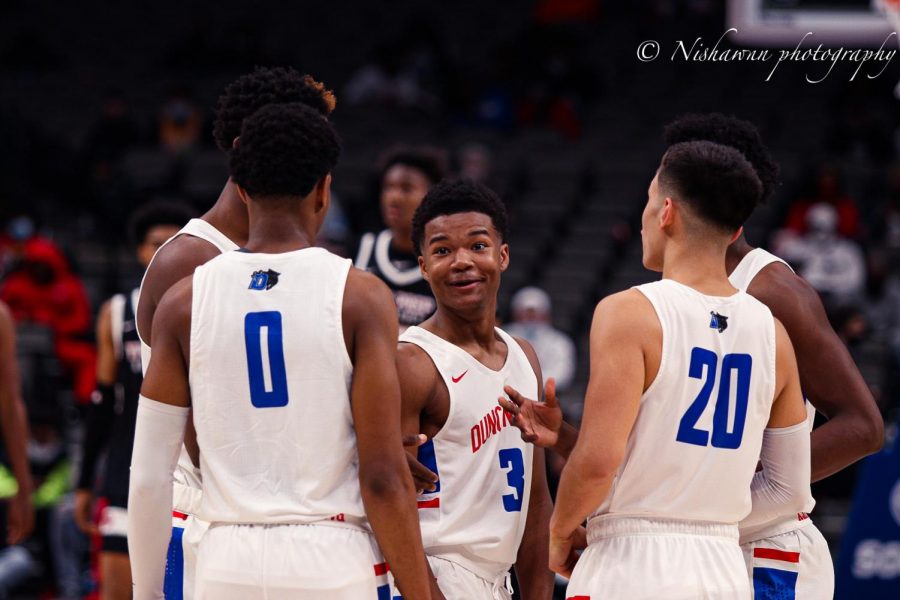 The #1 State Ranked Duncanville Panthers boys’ basketball team is off to an impressive start.  They are currently 10-0 and have won big matchups against the top schools in the country.  This season has featured wins against ISchool in Lewisville that has one of the top players in the country, Keyonte George.  They also had an 86-85 triple overtime thriller against Legacy in Houston.  The biggest win came against number 1 player in the country, Emoni Bates led YPSI Prep at the American Airlines center at the Thanksgiving Hoopfest.

The team also took part in the first ever George Floyd classic in Houston, TX against Yates.  For the team, it was an opportunity to tackle social justice and use their platform.

The Panther’s head into a new district with familiar foes.  Waxahachie is expected to be a contender, but for Duncanville they are seeking their third straight state appearance.  The team is led by seniors, Zhuric Phelps, and Damon Nichols.  They also have an all-star caliber starting five in Ron Holland, CJ Ford, and Juan Reyna.